Infertility in Men
The common infertility for male is caused by the decrease in the number of sperm. In specific, it reflected in the low sperm motility（should be greater than 50%), as well as the low progression（should be greater than 2)。
However, it can be significantly improved by appling the acupuncture treatment. And following 2 treatment case were the examples which taken from my patients:
Case 1，P074）：
Semen Infertility Testing Before treatment After treatment Motility 35 % 46 % Total motile count (x10_6 /ml) 24 108 Abnormals 78 % 76 % Progression ( /4) 1 – 2 ( /4) 2 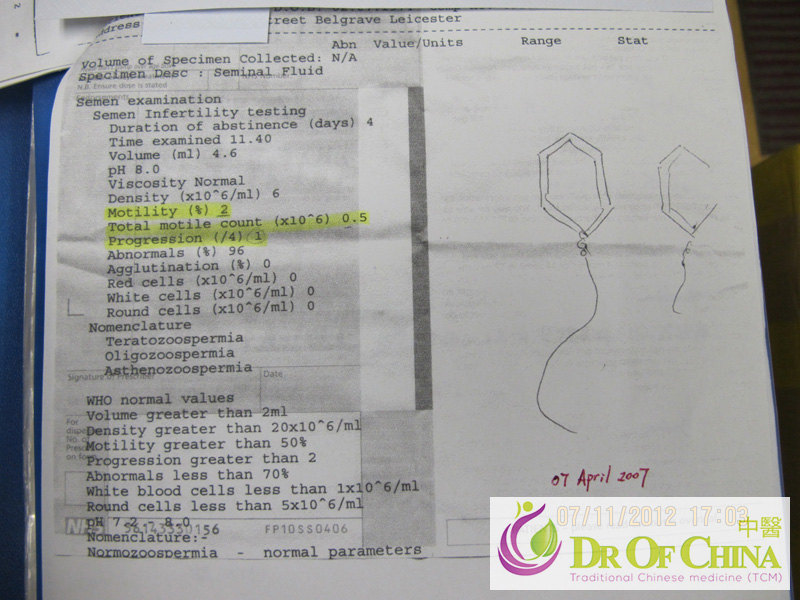 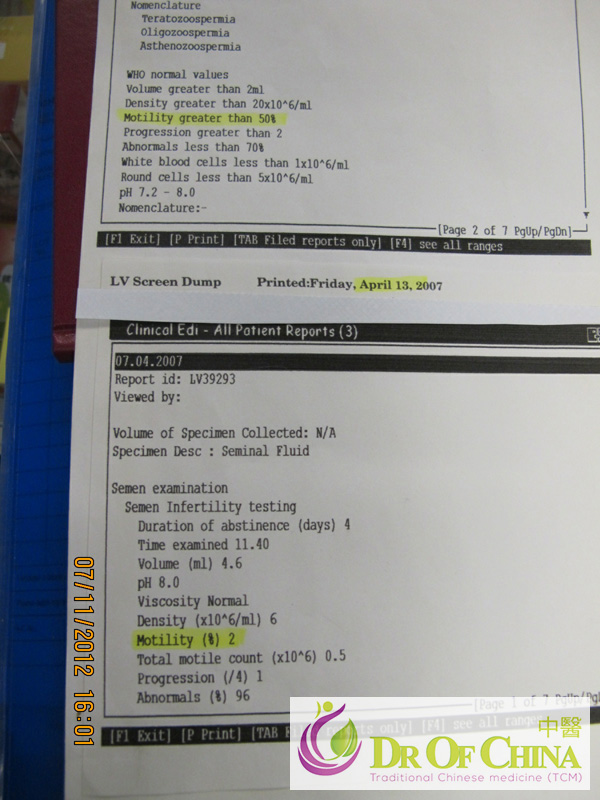 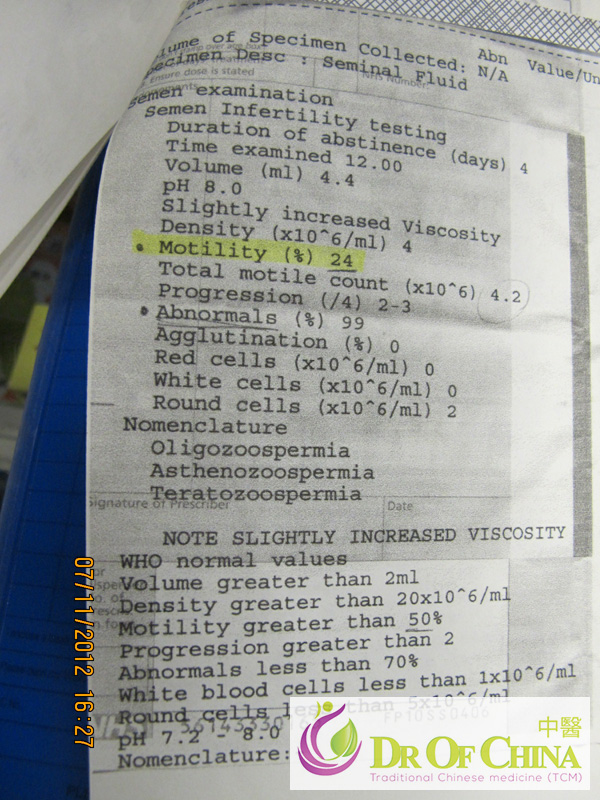 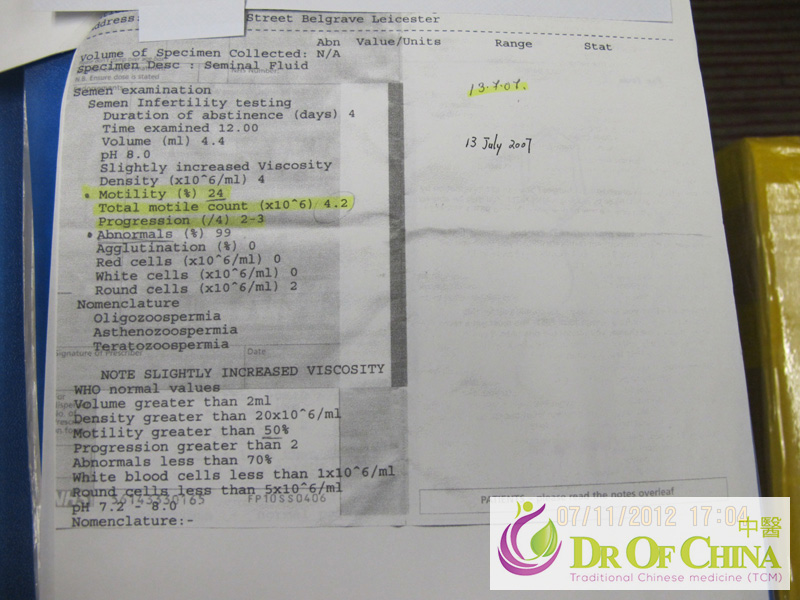 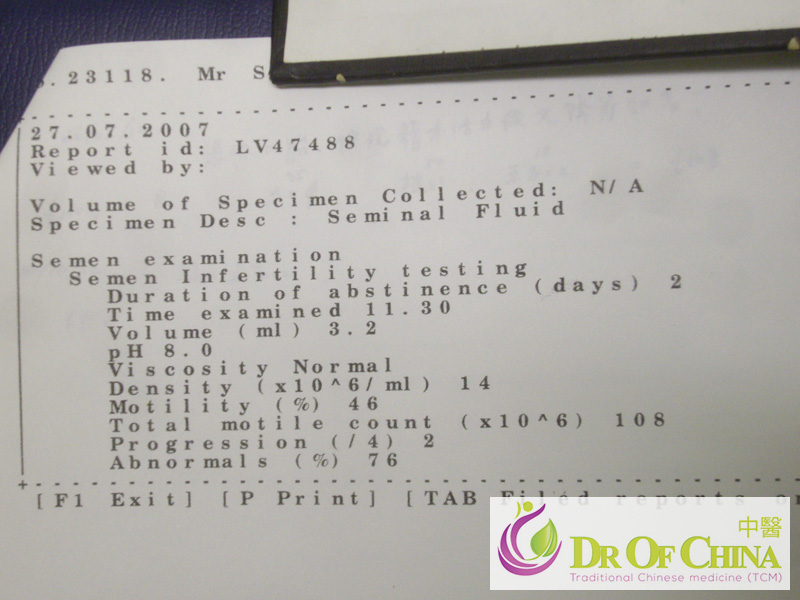 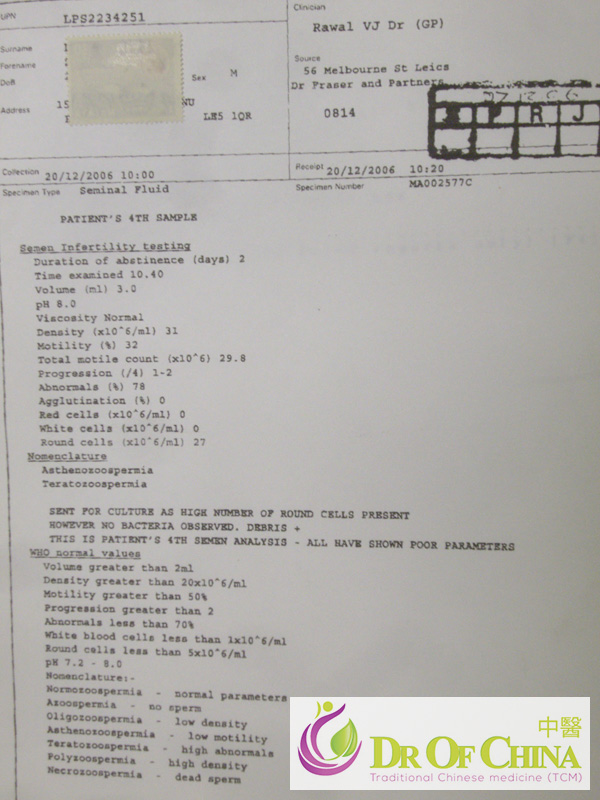