Psoriasis is a form of erthroderma desquamativum. Its clinical characteristics include scaly lesion and serious itching, the disease is chronic and can be recured. 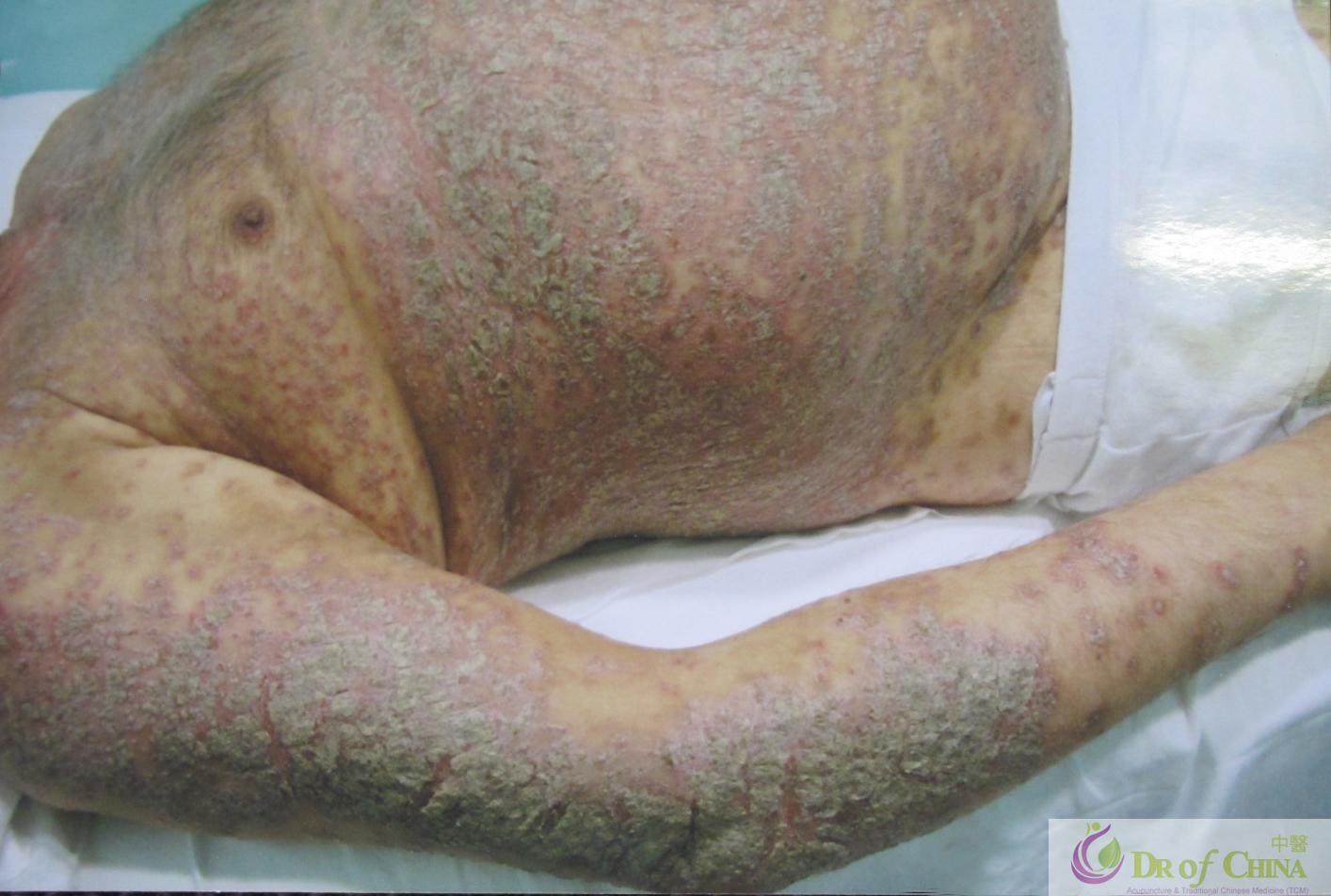 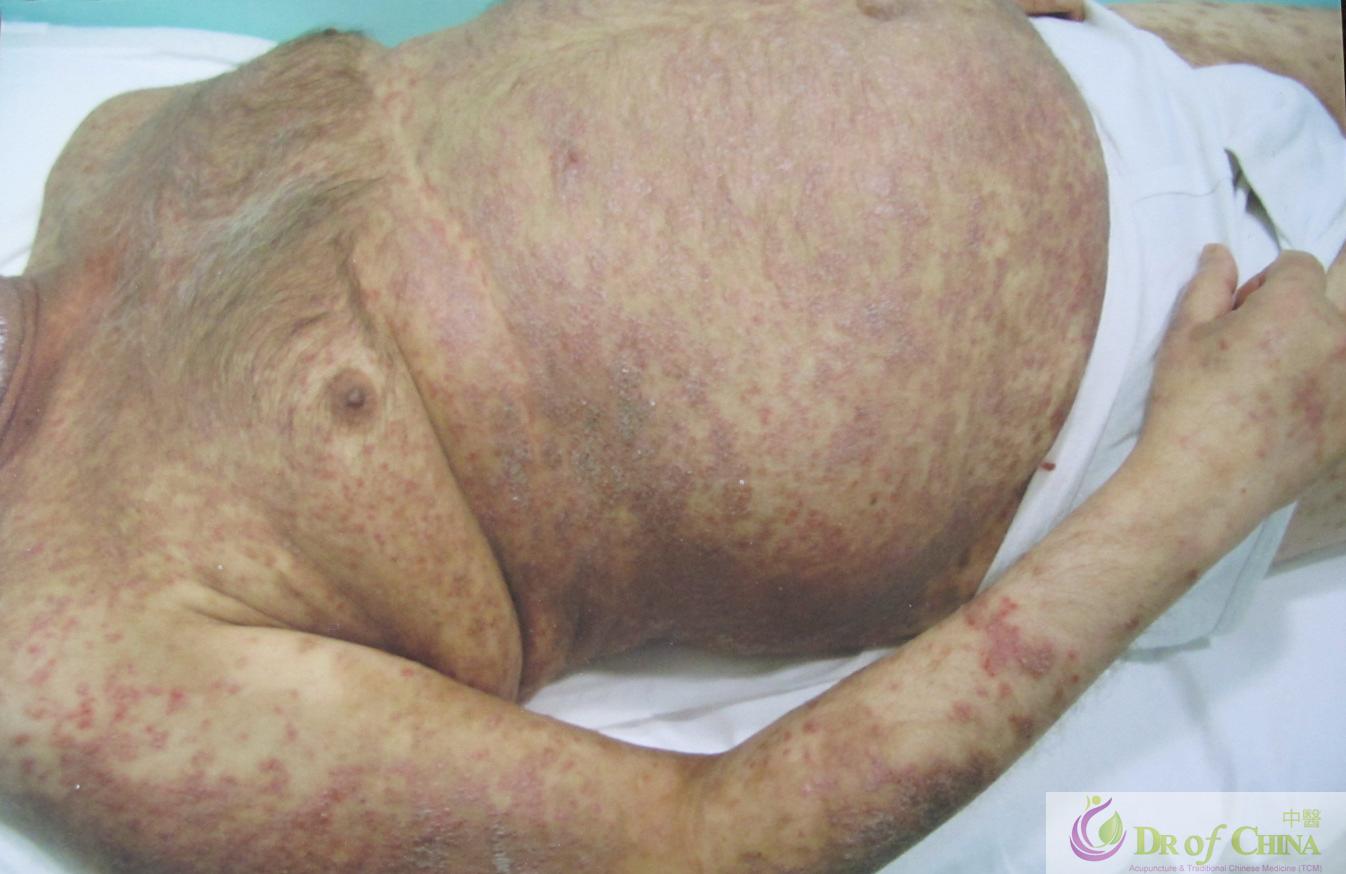 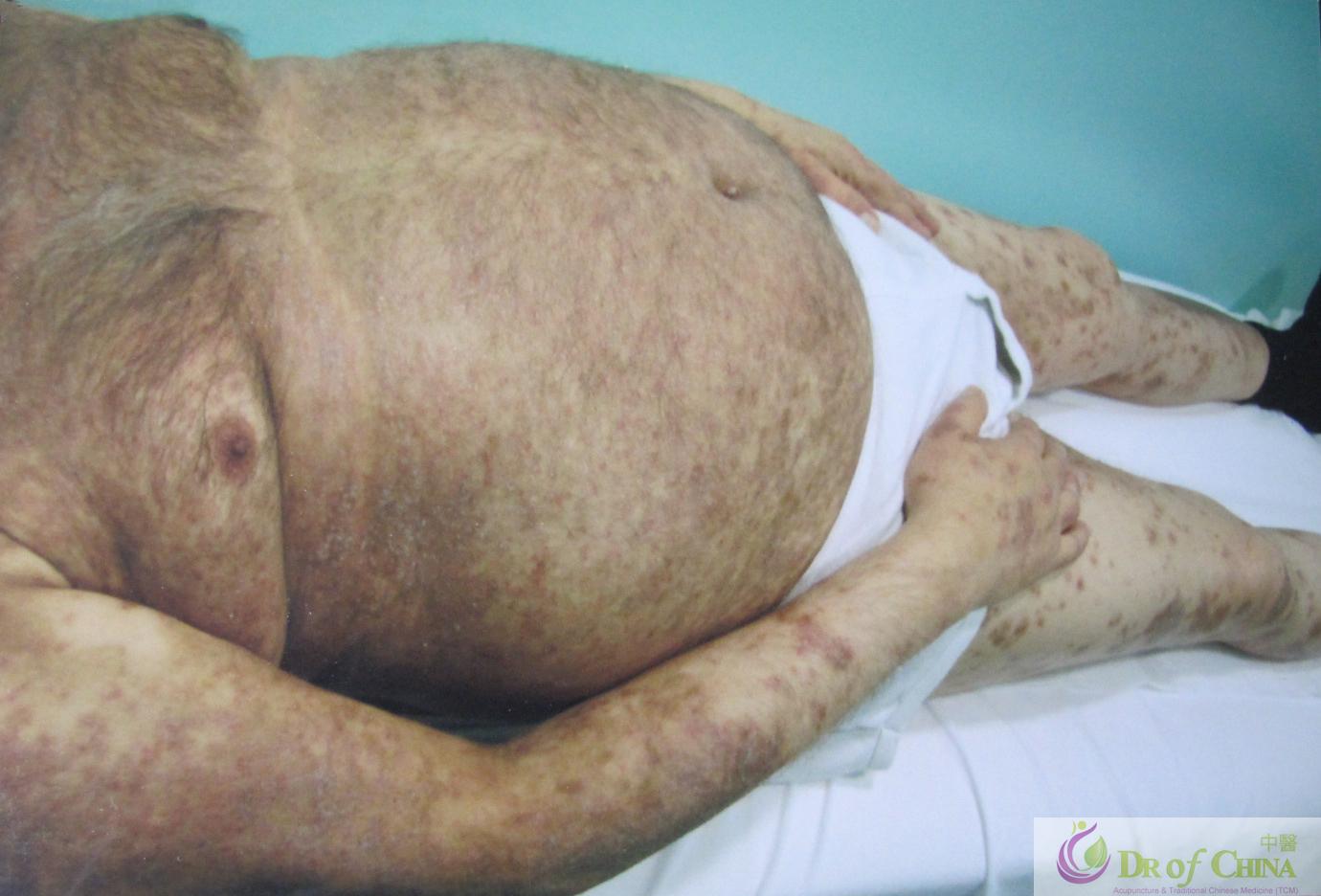 M021，Male， 42 years old， suffer from psoriasis more than 10 years. There are many red spots in his legs, arms and back, some time very itching. He has tried many medicines and creams but the problem still there. He has taken a course of treatment combination with herbal tea and acupuncture, surprising happened, his skin problem has gone.

The cure in Chinese medicine :

If the psoriasis is of the heat type. We usually use Chinese herbs which are cool in nature and thus clear the blood heat causing toxins. Sometimes , if necessary , we can also combine this with herbs that eradicate fungal infection the herbs often have a bitter taste but have a better result , typically an improvement in the patient’s condition after one or two weeks irrespective of the severity of the presenting complaint.

The causes of psoriasis :

In traditional Chinese medicine TCM the disease is considered to be caused by certain internal states characterized as ,wind-heat, damp-heat, blood-heat and excessive damp caused by spleen deficiency. These days the most common forms of psoriasis tend to be those identified as being caused by heat, where the symptoms are inflamed dry and itchy skin and feeling of thirst.
The treatment of base is drink Chinese herbal tea. 3 month is a course.